ADEN (named for the Armament Development Establishment and Enfield where it was originally designed and built) was a direct development of the WWII German Mauser MG 213. The ADEN entered Service in 1954 and was fitted to the Hawker Hunter. 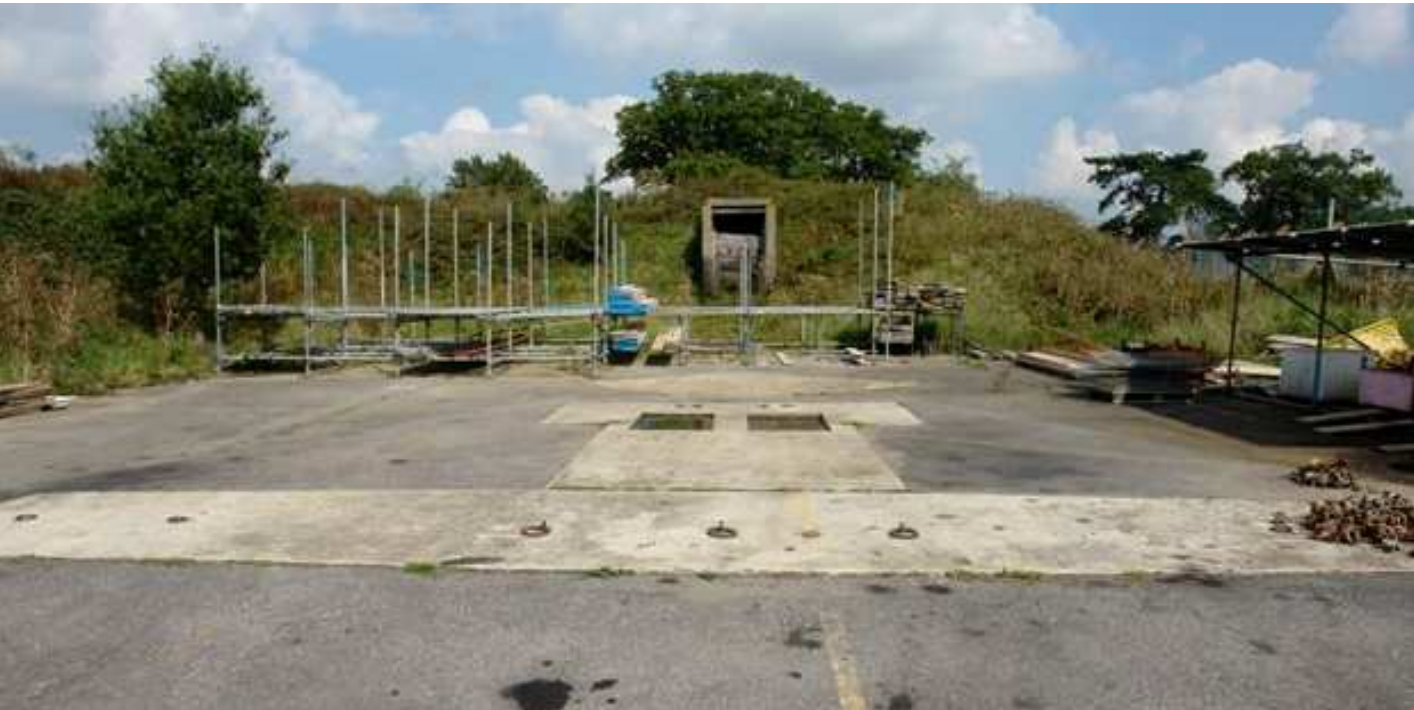 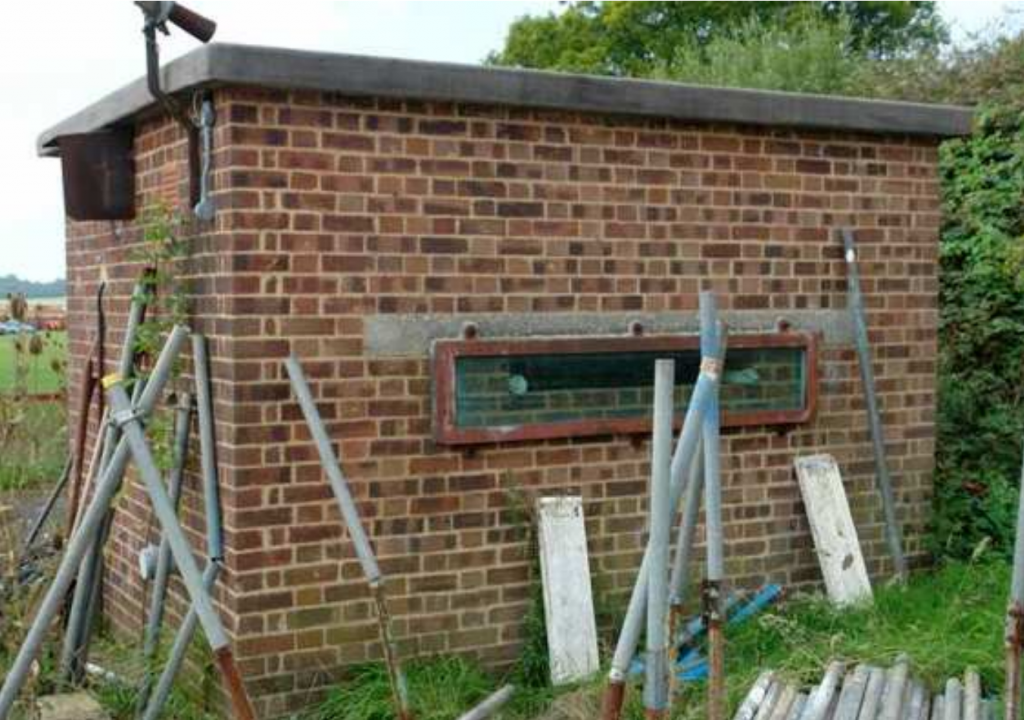 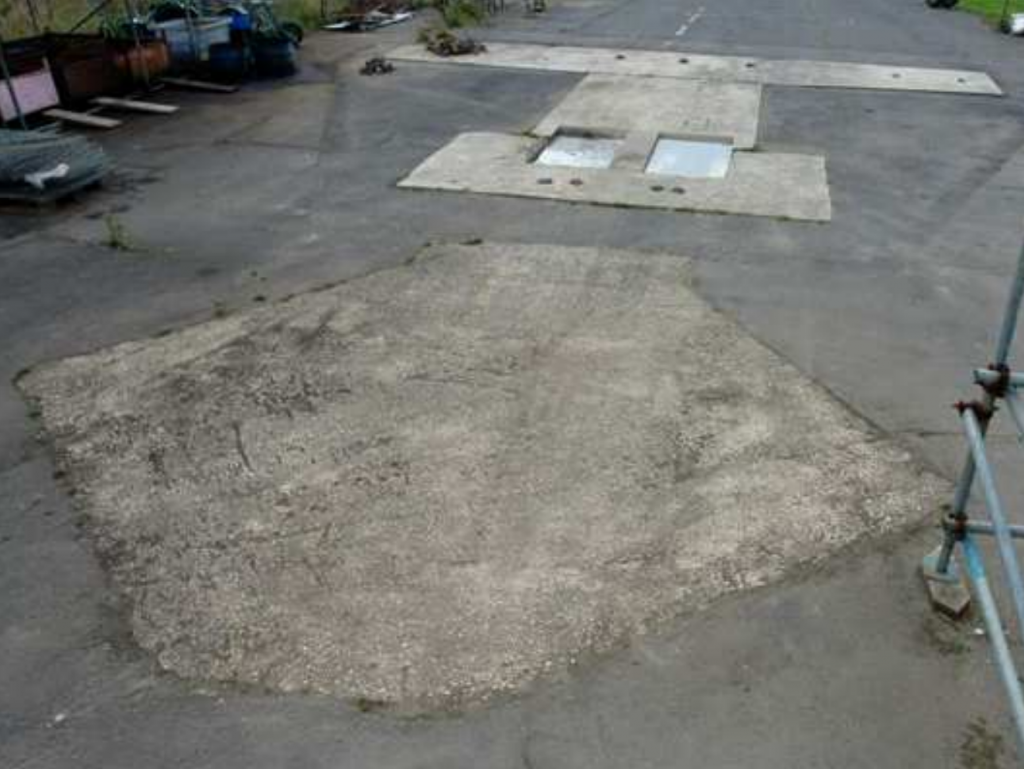 Later, the Hawk was able to carry a single 30mm in a central pod.

The 30mm was based on a WWII German design, so while very heavy hitting the rate of fire is a bit slow by modern fighter standards.

For the UK Harrier II GR5, Royal Ordnance came up with the new Aden 25mm cannon.

The Aden 25mm was also test fired at the Dunsfold Butts; and proved problematic to say the least, very unreliable and tended to fire its own innards more often than shells.   The only time a 25mm Aden was fired in the air – by a Harrier – was Dunsfold’s Development GR5, ZD319, at the West Freugh test range in Scotland.

Concerns soon mounted as the links holding the rounds together were hitting the aft fuselage, and people were rather worried about them hitting the composite horizontal stabilisers.

The aft fuselage of ZD319 was coated in soft white paint for this reason, to show up link strikes – see photo at top.

Royal Ordnance blamed the problems on the design of the gunpod, all I can say is having filmed the gun firing ( or not )  in and out of pods, I have my doubts about this, and so did Dunsfold’s experienced ex-RAF Armourers.

There were a couple of features of the electrically fired 25mm system which seemed good ideas; the pilot had a ‘ rounds remaining ‘ counter on the Head Up Display, and he could select 3 shot bursts with the ‘ burst limiter ‘.

The Aden 25mm project was dropped, leaving the GR5 – a Close Air Support aircraft – without a gun, which is usually handy for this sort of thing, it’s difficult and expensive to take out jeeps and small bunches of bad guys with missiles…

The USMC uses similar looking gunpods, but with a GAU-12 gatling gun on one side, ammunition feed the other; thereby avoiding the problem as old as guns themselves, barrel cooling…

For a while the service GR5’s flew with ECM jamming equipment in the ‘ gunpods ‘, then they were removed to save weight and the LIDS ( Lift Improvement Devices ) deep strakes re-installed.

In the later days of the GR7/9 a Litening II targetting pod was carried underfuselage to starboard, this equipment proved extremely useful in Afghanistan.