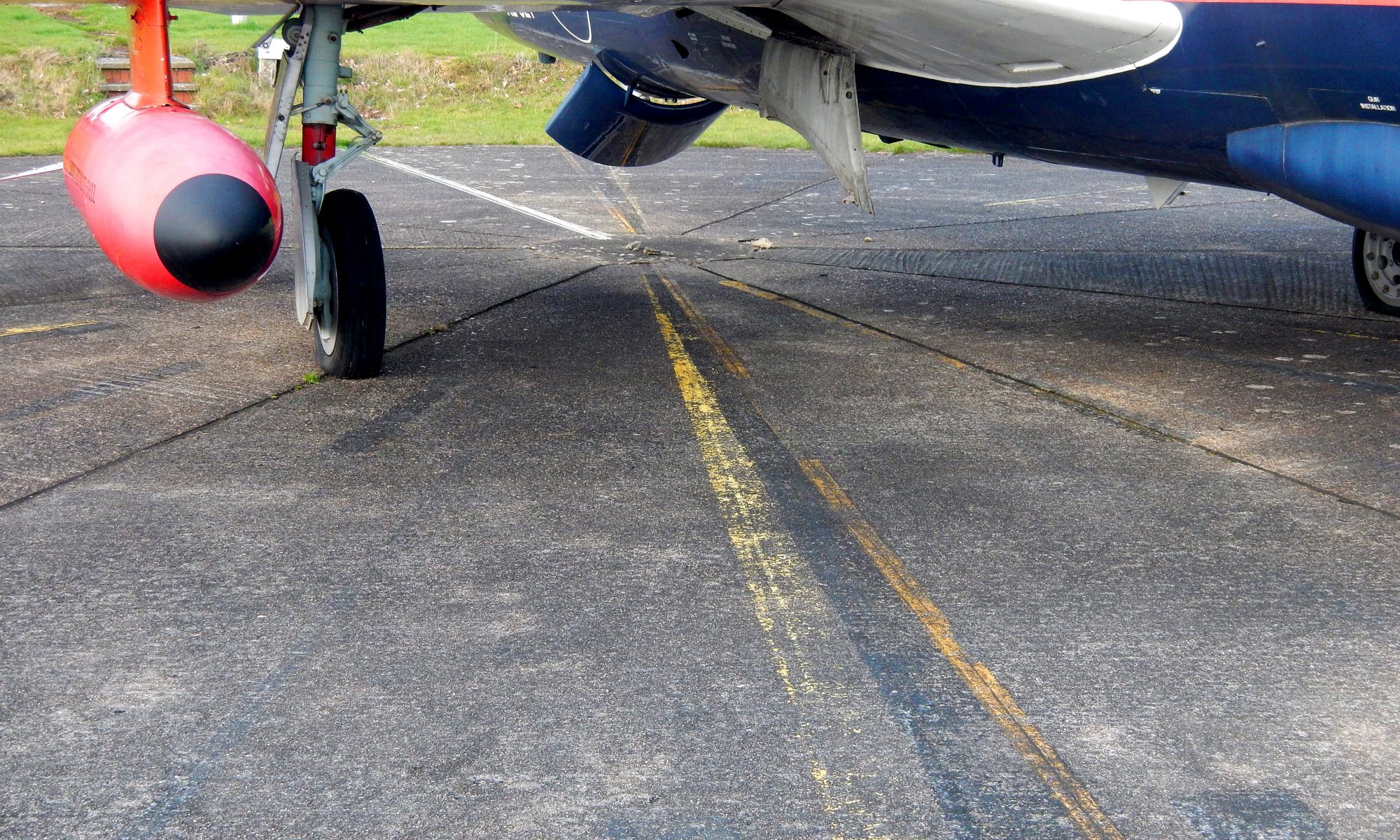 Circular concrete platform marked out in degree divisions accurately aligned with local magnetic north. The aircraft is placed on the pad in a series of angular positions and the reading of the aircraft’s magnetic compass is compared with the true heading on the pad. The aircraft system is then adjusted to match and any unresolvable residual errors are recorded. This process is called ‘swinging the compass’. A magnetic compass on an aircraft is influenced by the magnetic materials and components in the aircraft. Nearly all airfield had such bases, but they are now rare due to commercial pressures for space.