At 10:00 on 6th October 1944, twelve Mitchell II bombers of 180 Squadron took off from their airfield at RAF Dunsfold to attack a petrol, oil and lubricant dump west of Amersfoort, Holland. As the aircraft climbed away from the airfield two of them collided in cloud with Mitchell FW264 crashing and killing all on board at Blacknest Farm, Chiddingfold Road, Dunsfold. The aircraft was burnt out with three of it’s 500lb bombs detonating, three made safe and two still remaining to be traced (at the time of the police Daybook entry below).

The other Mitchell FW221 managed to return to the airfield and make a safe landing with no injuries to the crew.

The remaining ten aircraft attacked their target between 12:12 and 12:15 from 12,000 to 13,800 ft. A good concentration of bombs were seen to strike the target just E of the aiming point cutting the railway line immediately North of the target area. Some black and grey smoke was seen but there was no flak. There was no cloud over the target with visibility to 20 miles. On route there was 7/10ths cumulus cloud with tops up to 7,000 ft. All of the attacking aircraft returned safely.

“Twelve aircraft took off to attack this target, unfortunately two of them collided in cloud just after take off and the crew of FW 264 were killed.  The other aircraft (FW 221) was able to land safely with its crew uninjured”. 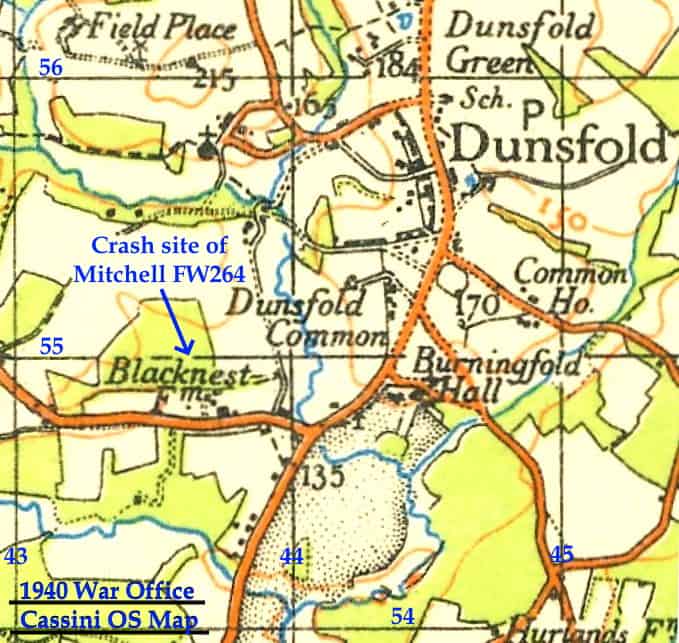 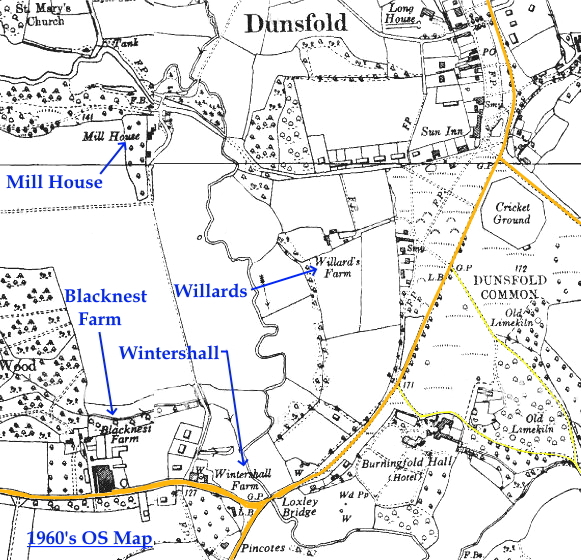 180 Squadron was part of 2nd Tactical Air Force and together with 98 and 320 Squadrons it formed 139 Wing based from the end of 1943 until late 1944 at RAF Dunsfold. They carried out attacks by day and night on enemy occupied Europe targeting roads and railways, fuel supplies, enemy troops and vehicles, gun emplacements and fortifications in the build up to D-Day as well as V1 Flying Bomb launch sites. After D-Day they also bombed targets to assist the ground troops. 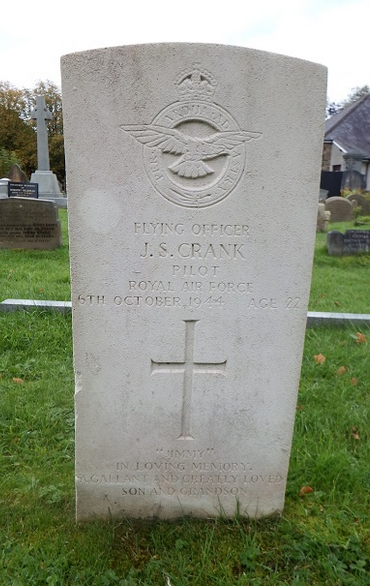 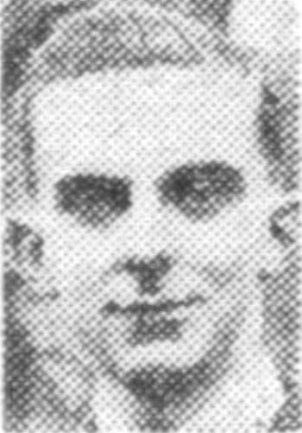 Headstone photo: – With thanks to Mel Diack and also Mellor Methodist Church

Son of John and Norah Killner of Hampstead, London (at time of his death living in Hurstpierpoint, West Sussex, where his father, John Killner, was the landlord of the New Inn). 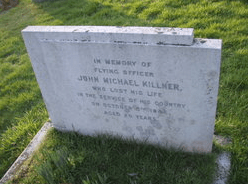 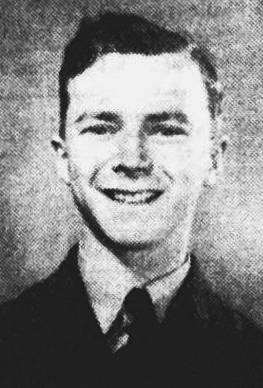 The sympathy of the whole village has been extended to Mr and Mrs J. Killner of the New Inn, Hurstpierpoint, in their great sorrow at the death of their only son, 20 year old Flying Officer John Michael Killner who lost his life in  a flying accident on Friday October 6.

Educated at Kimbolton, Huntingdonshire, F/O Killner was Captain of his School, and a keen sportsman, particularly in tennis and cricket, Jack Hobbs coached him in cricket, and he was Captain of the school 1st XI.  He continued at Caius College, Cambridge, in order to receive his pre-O.C.T.U. training in the University Air Squadron. Whilst awaiting his call up he spent a year at Barclays Bank, Haywards Heath, and, to quote F/O A.G. Gasson, 172 (Mid-Sussex) Squadron A.T.C. “He took his original training with ‘D’ Flight of 172 Squadron and was one of the first to take advantage of it.  He was much loved and well esteemed”.

“Michael”, as he was affectionately known to his friends, went to Canada to win his wings as a navigator and was commissioned as a Pilot Officer.  He has since been flying Mitchells and has been on several operational flights.  His father, one of the most respected residents of Hurst, is the popular licensee of the New Inn and also producer of the Hurstpierpoint Players.  The latter, although deeply sympathising with Mr Killner on his great loss, are at his request going on with the production of “Outward Bound” billed for the end of this month.  Only two days before his death Michael was home and attended one of the rehearsals. 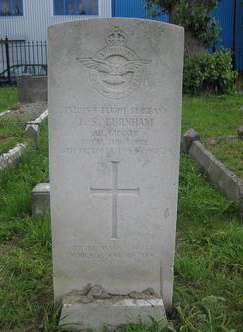 Leonard was born on 30th October 1915 in London to Leonard William Field Gray and Nellie Louisa Gray (née Wheeler).  He had an older brother Vivian, older sister Doris and younger sister Jose. In the 1911 census his father is recorded as a Stock Exchange Clerk.  The family lived at ‘Downton’, Lodge Lane, Keymer, Sussex.

Leonard joined the RAF and became an Air Gunner.  He was posted to 180 Squadron originally formed in 1942 at West Raynham, Norfolk. 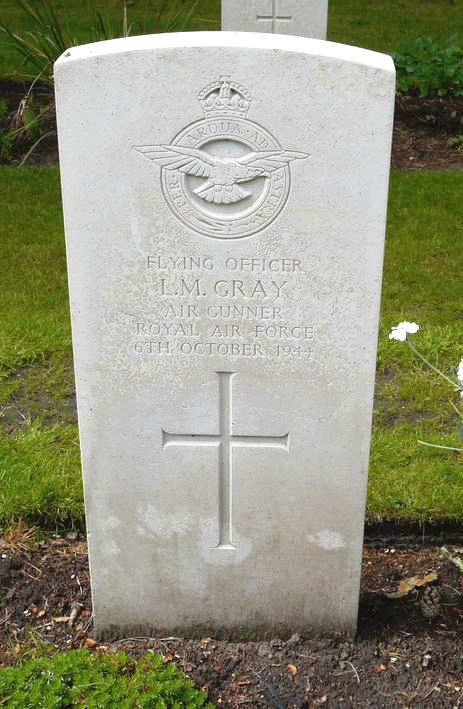