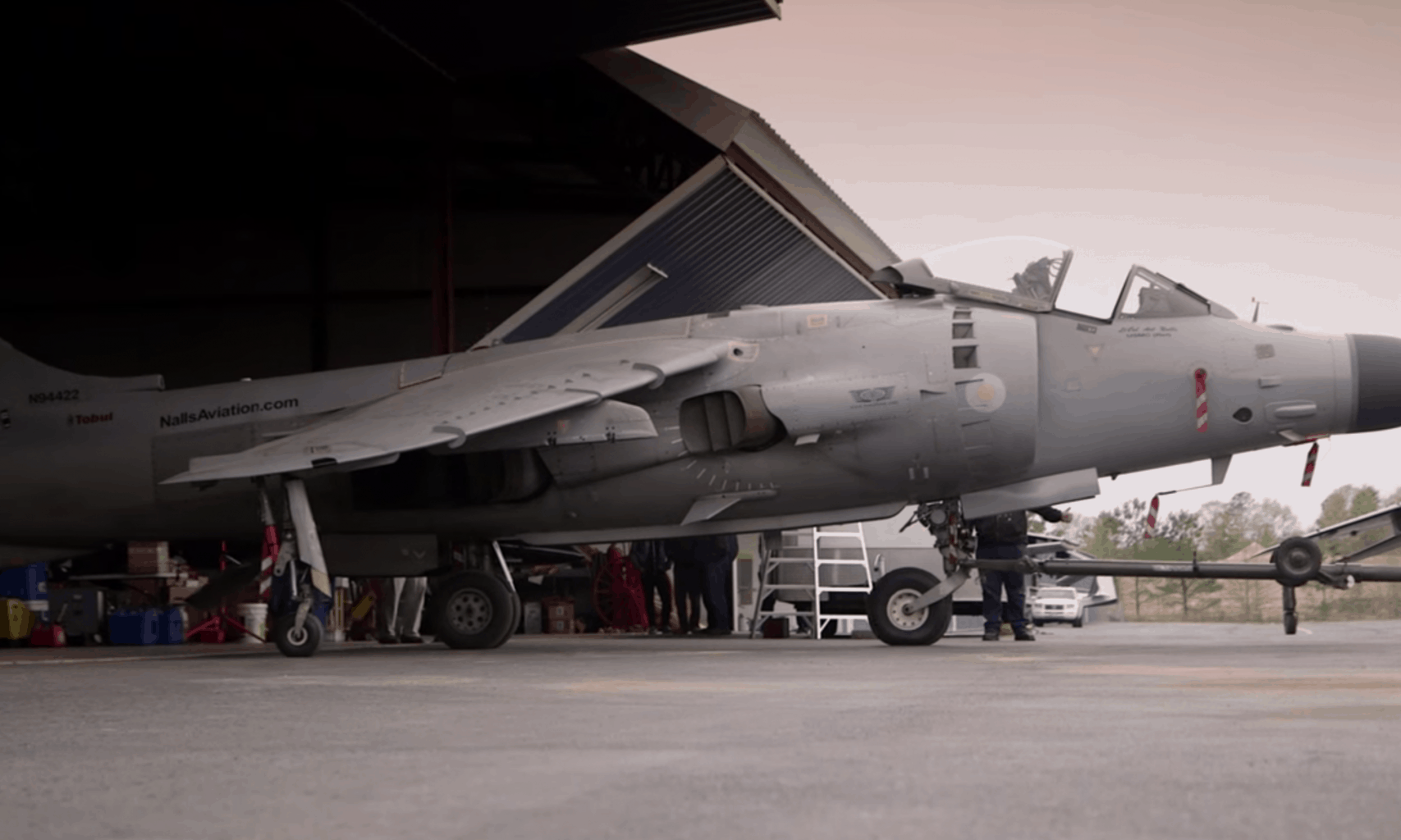 The legacy of the Dunsfold Harriers goes far and wide.   50 years on, and the Harrier is still flown in American skies.   Significantly the point is made that the Harrier was the only non-US aircraft used by the US Military since World War 1.

This story shows the passion of one man for the Harrier.    Art Nalls has had a life long dedication to flying. His addiction to the sky has lead him to an honourable military career and an even more adventurous retirement. Nalls has had the unique opportunity to purchase his own British Harrier Jump Jet. Now this retired Lt. Col test pilot uses his passion for flight to help preserve military history with the maintenance and upkeep of the last three remaining Sea Harriers.