Bill Allom has asked for some more information on a number of incidents at Dunsfold during 1944 that don’t appear in our limited records.  Bills father was stationed at Dunsfold with 180 Sqdn.

2 – The second query:   Bill says:  ” My father returned on a mission with the hydraulics shot out. While the ORB does not indicate the plane crashed on landing it appears to never fly again.   This occurred on 24/7/1944 in Mitchell FW 185.  Dad records 40 hits a/c badly holed, hydraulics shot up. Could the undercarriage still be lowered with damaged hydraulics?   I am unable to confirm if this aircraft returned to service or was written off.  I hope you can help solve these mysteries.”

3 – Lastly an unidentified aircraft that is shown in three photographs from Bill’s fathers collection.  It is assumed his father is seen on top of the crashed aircraft.  Bill states:  “These 3 photos are of a crashed Mitchell with the invasion stripes on it so it must have occurred post 6/6/1944 and before Sept 1944 when my father left 180 Sqd.” 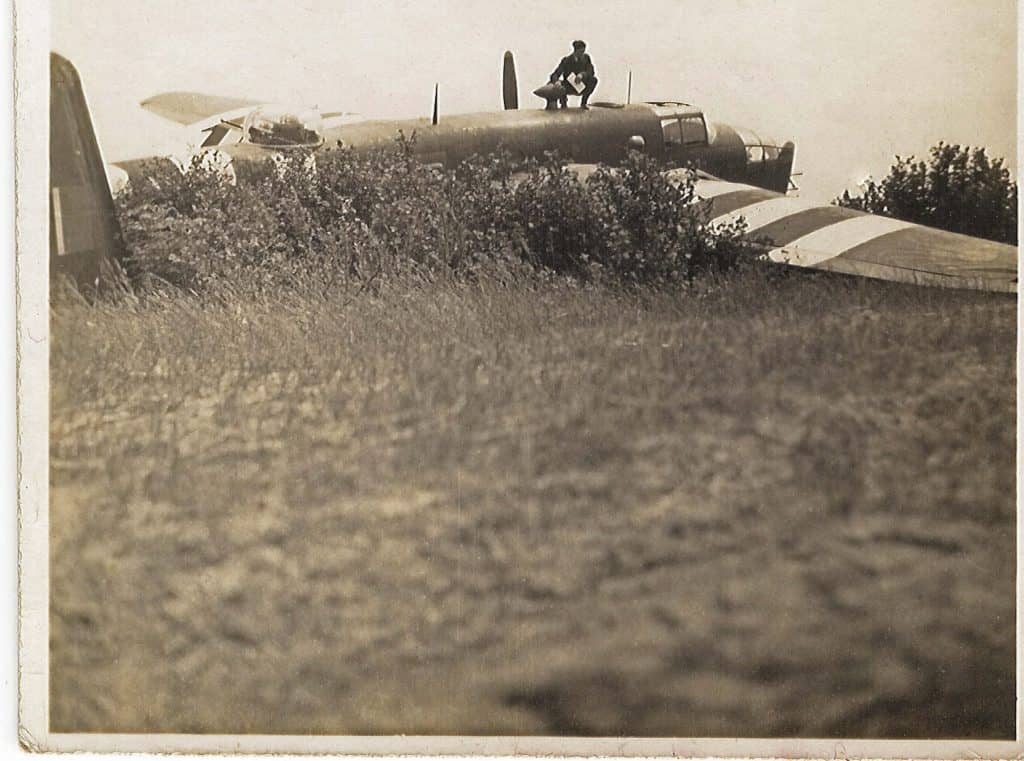