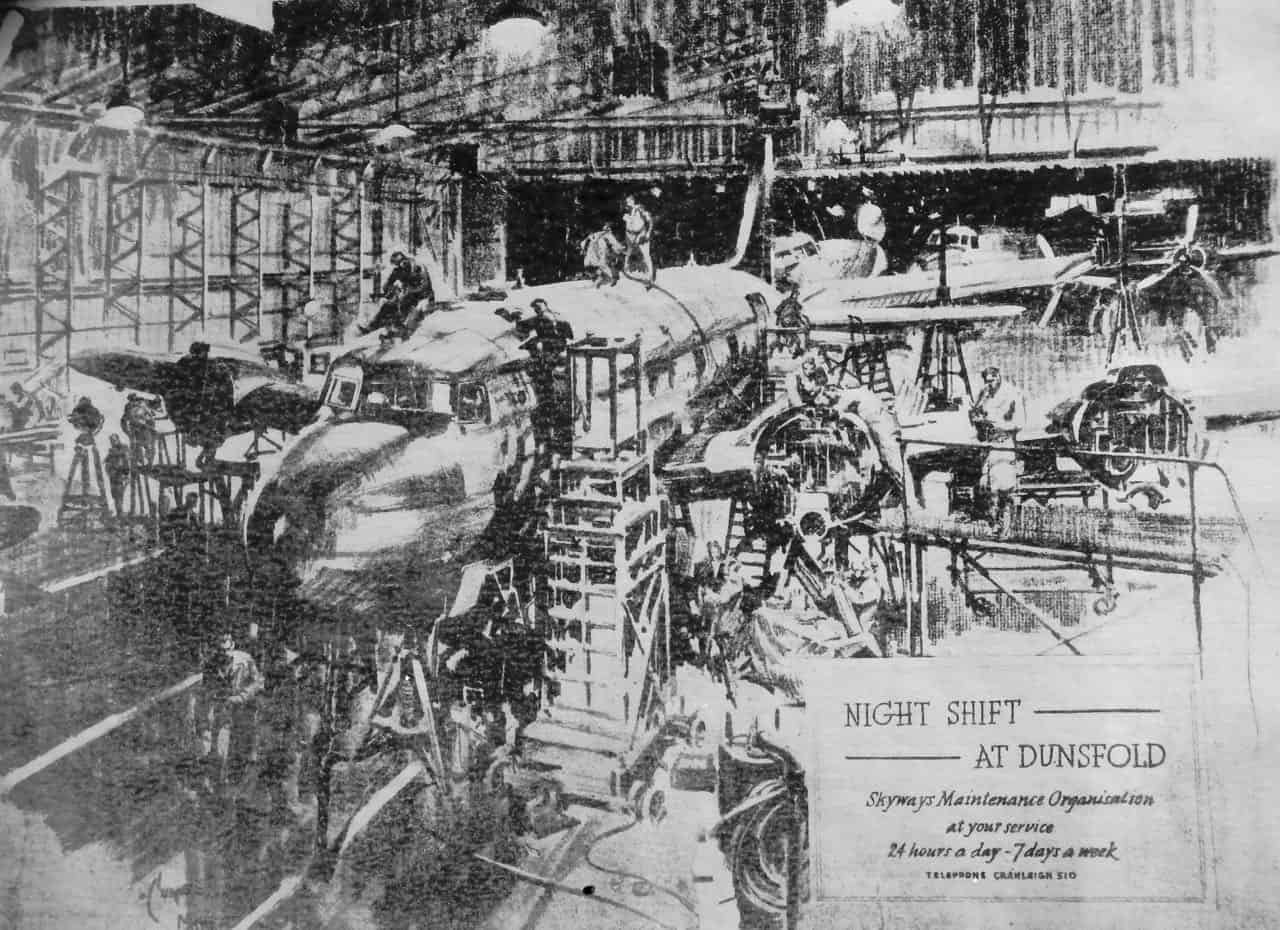 In August 1946, the Dunsfold Aerodrome was leased to air charter company Skyways Ltd, who used it as their main operating base. By 1947, Skyways was reported to be the largest air charter company in Europe. It employed “1,300 staff at Dunsfold”, mostly involved in maintaining the aircraft. “A large proportion” were accommodated on the aerodrome which operated 24 hours a day. In addition, there were about 350 aircrew. Its principal contract work was to transport oil company staff to and from Basra. A trip to Basra and back then took about 35 flying hours over our days.

We found three drawings recording the Skyways operation at Dunsfold by Terence Cuneo, famous for putting a mouse into his work. 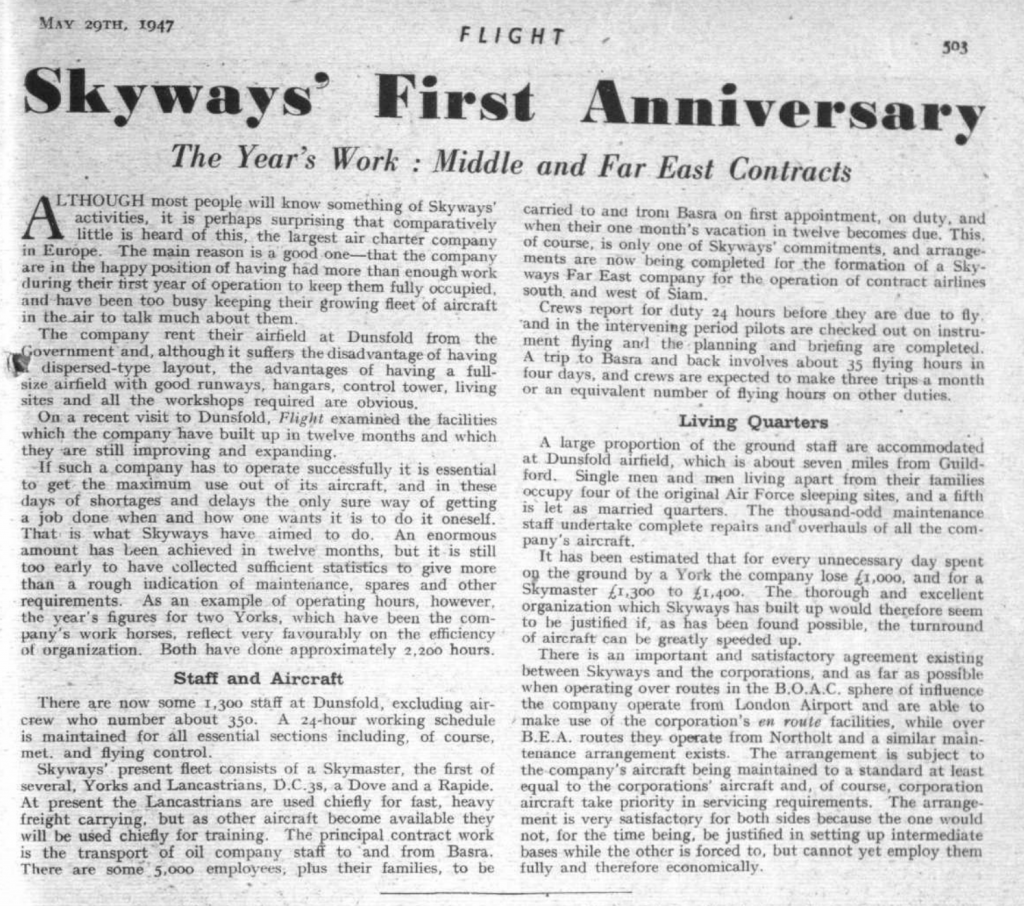 Skyways was ideally placed to play an important role in relieving the blockade of West Berlin by supplying and maintaining planes and at the height of the Berlin Airlift, there were 1,200 employed at Dunsfold. 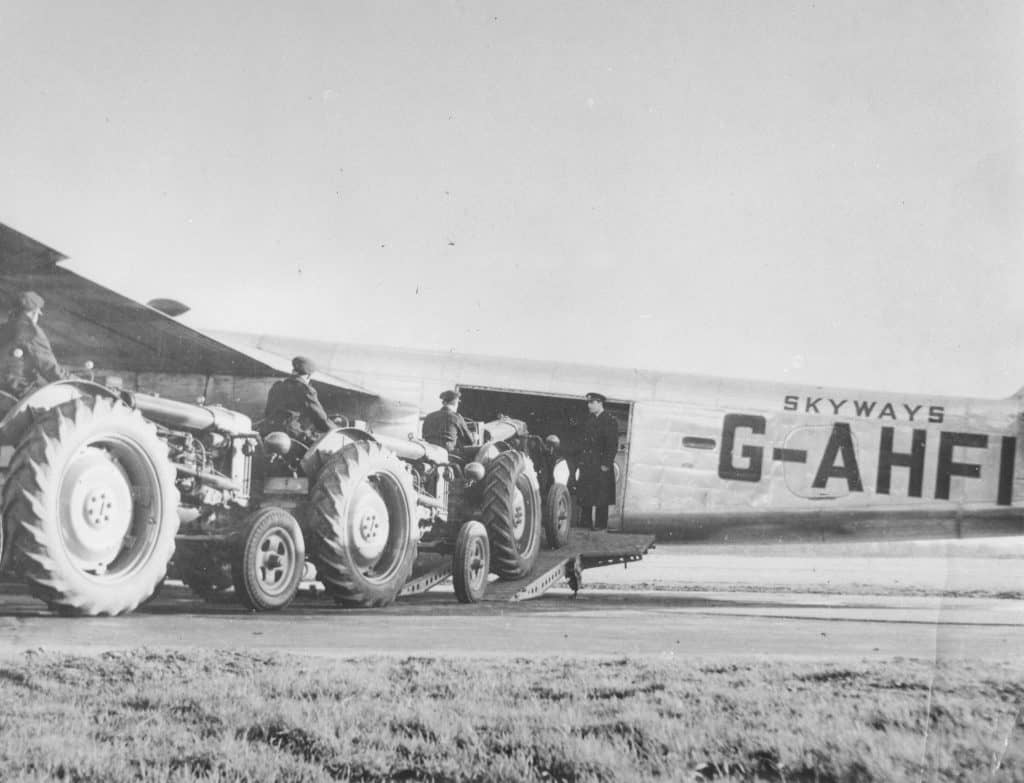 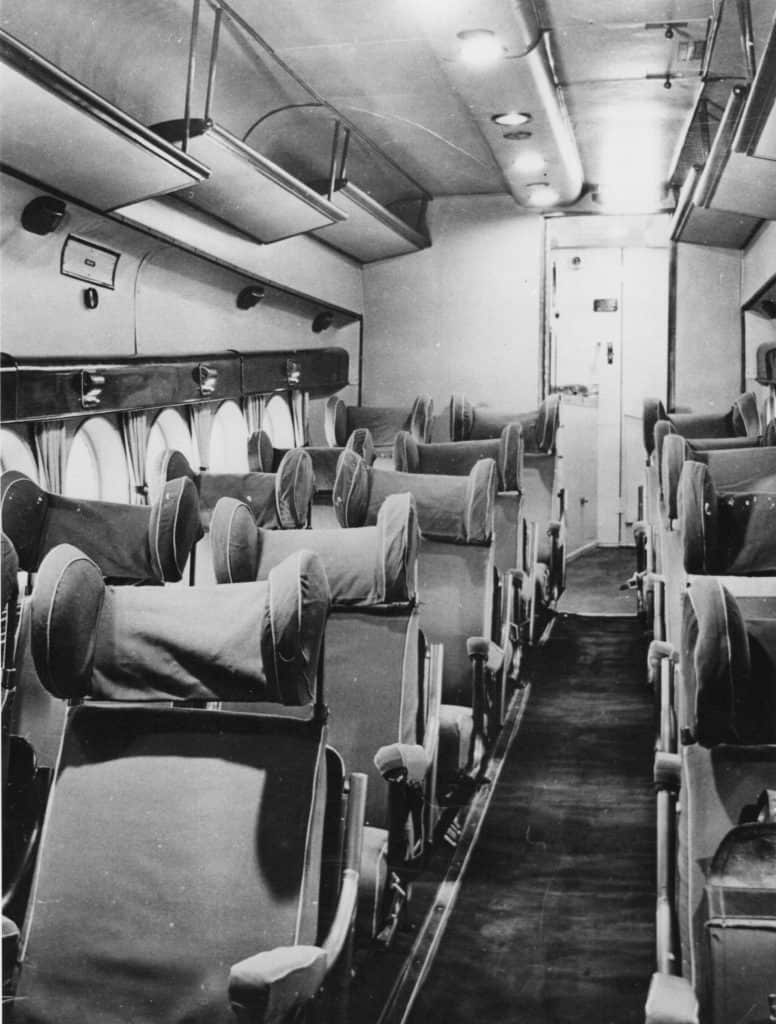 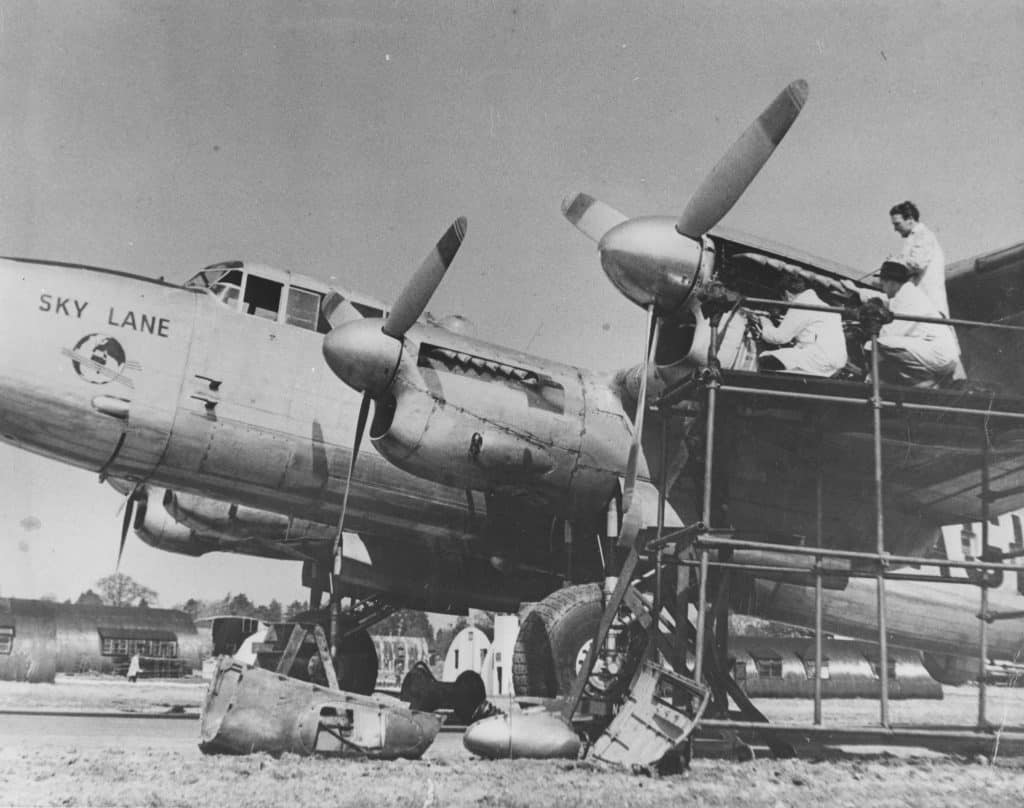 The company was flying eight Yorks and Lancastrians.  By then, the civil Air Lift had made 21,785 flights to Berlin, of which Skyways made 2,730. One of the pilots, D.M Evans, was awarded an MBE for his work. Skyways lost one of its aircraft and its crew in a crash on the Berlin Airlift, the crew are commemorated on the Airlift memorial at the former Tempelhof Airport in Berlin.

After the Airlift ended in summer 1949, 400 employees were made redundant from Dunsfold. Due to the loss of aircraft and business, Skyways went into liquidation in March 1950. 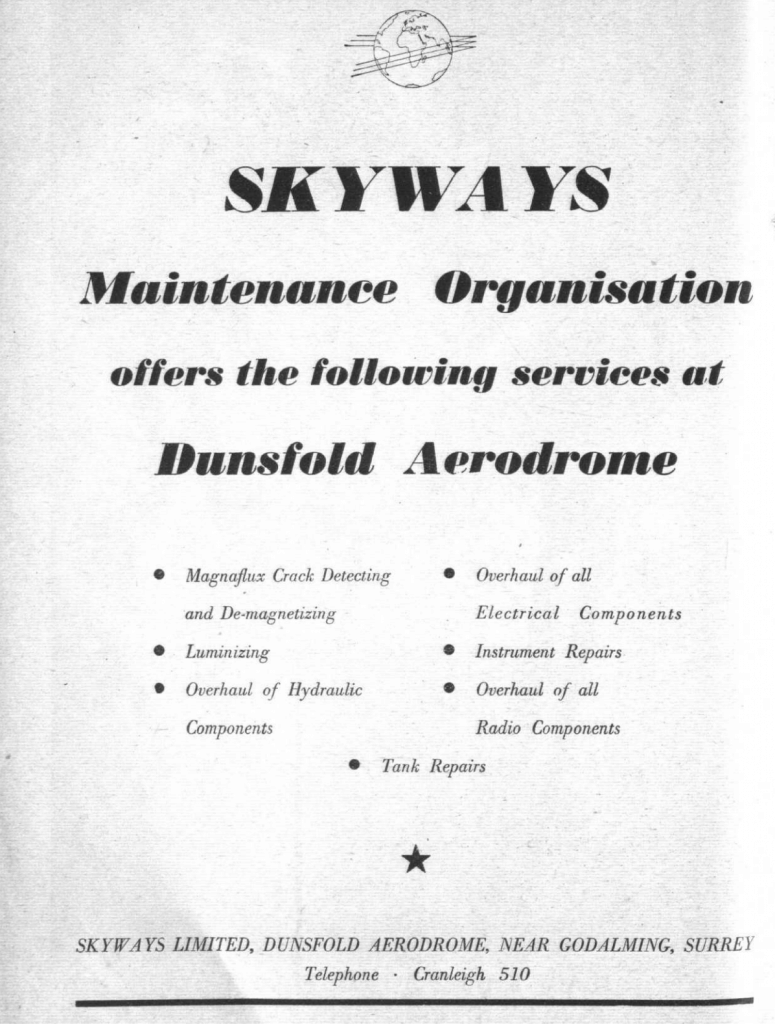 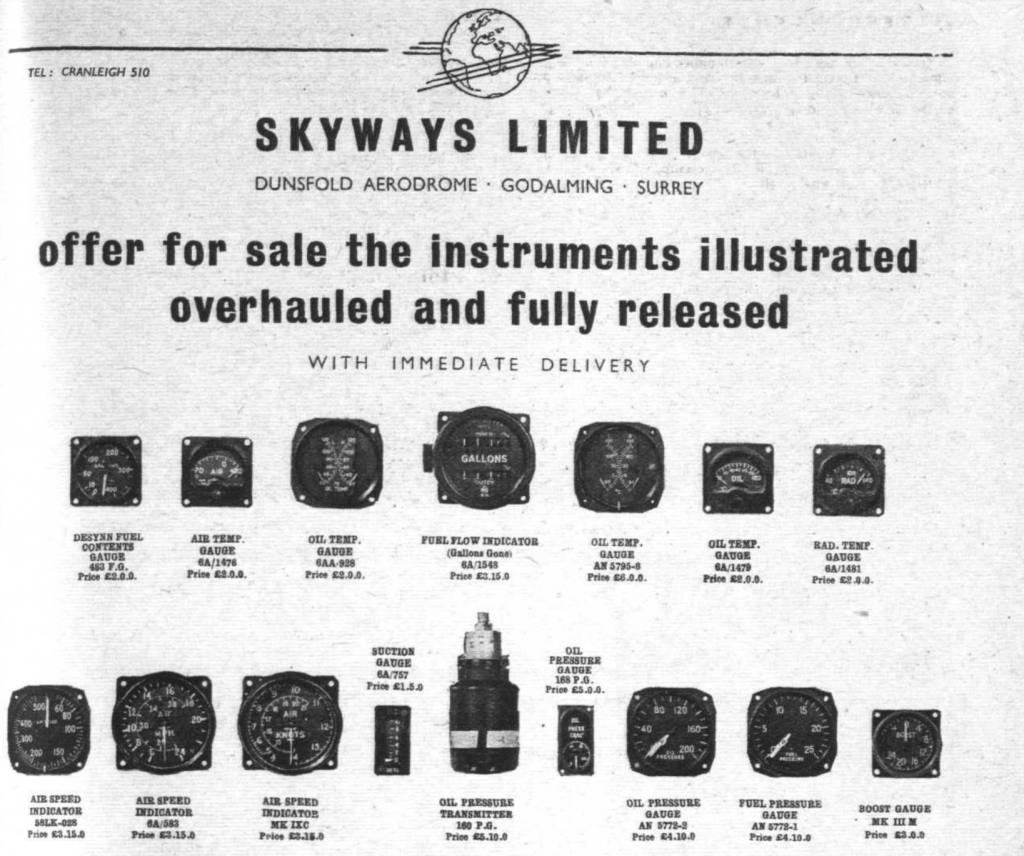