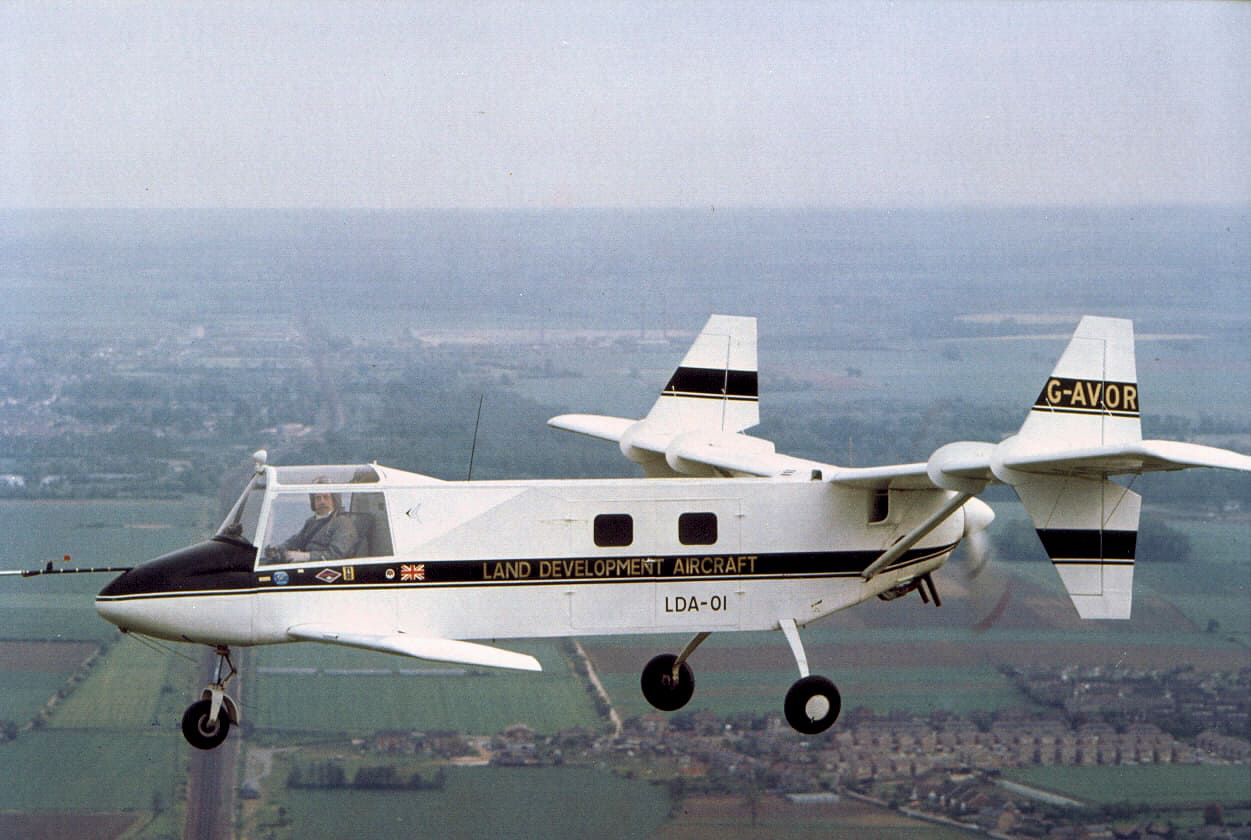 David Lockspeiser who has died aged 86, was a leading test pilot and an innovative aircraft designer and engineer who designed and built the Boxer utility aircraft, an “Aerial Land Rover”.  Originally named the LDA-01, or Land Development Aircraft, the Boxer was intended as a multi-purpose aircraft for developing and agricultural regions. A single-seat monoplane of metal and fabric construction, it had a canard foreplane, which was the same size as each mainplane mounted at the rear of the box structure fuselage, itself fitted with a four-wheeled landing gear.