The monument stands in front of the Watch Office/control tower that is located to the north of the main runway in the centre of the WWII and latter aircraft development industrial sector.   It was Listed by Historic England in December 2017.

A large six sided memorial carved with 3 maple leaves, 3 regimental insignia and an inscription:-  Opened by Lieutenant AGL McNaughton GOC of First Canadian Army and handed over to Air Marshall H Edwards Air Officer Commanding in Chief RCAE overseas for the use of the royal Canadian Air Force 16 Oct 1942. 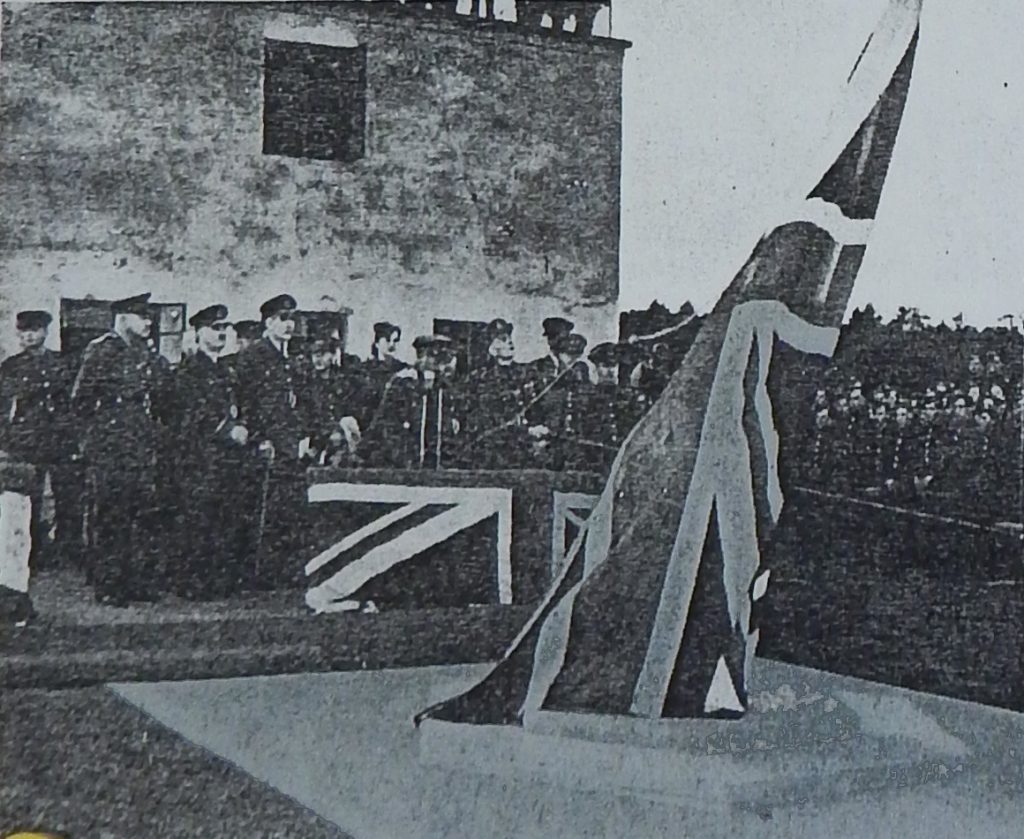 Other monuments by the sculptor Stephen Trenka include one at Young Street (Leatherhead Bypass) and at Young Street in Toronto, Canada. (Trenka was a designer of coins including the reverse of the Canadian Dollar).

Since application for a Conservation Area and Waverley Borough Council’s rejection there have been a number of assets considered for Listed Building Status.  Historic England have since designated 5 Listed Structures on the Airfield site:

WWII Watch Office stands in the centre of the northern side of the main runway industrial heritage. The majority of these types of buildings on airfields have been removed.

Designed by the architect: Frank H Lambert and has the Dwg No: 12779/41. It is a rare example that includes the latter Air Traffic Control (ATC) to second floor.