No.414 Squadron RCAF was formed at RAF Croydon in August 1941 and was the twelfth RCAF unit formed overseas. It was also the second Canadian squadron to be designated in the Army Co-Operation role along with the 400 Squadron RCAF, both squadrons formed No.39 Army Co-Operation Wing. 414 Squadron took the name “City of Sarnia Imperials” and became known as the Black Knight Squadron. Their badge was a Black Knight upon a White Horse on a cloud with the motto is “totus veribus” (With all our might).

At the time of formation, 414’s first aircraft were Curtiss Tomahawks (and some Westland Lysanders), and during the first year it was mainly undergoing training for its future reconnaissance and ground attack role. In June 1942, the Tomahawks were replaced with the new North American Mustang Mark IA. This aircraft performed very well at low height and was suited to its future role of reconnaissance at low levels. The Mark IA had cameras mounted directly behind the cockpit.

As an Army Co-operation Squadron, their purpose was to supply Allied Army Intelligence with information regarding enemy locations, movement and facilities. Photos and pilot reports after a sortie became highly valued data, particularly in the months leading up to D-Day and on the advance across Europe.

END_OF_DOCUMENT_TOKEN_TO_BE_REPLACED

Many will have seen the news last week that the RAF is closing Scampton – the airbase which, among other things, is the home of the iconic Red Arrows display team. Those with an interest in UK aviation history, including neighbours living around Dunsfold Aerodrome in Surrey, will probably also know that the Hawk trainer jet which is used by the Red Arrows was developed, assembled and first flown at the Dunsfold Aerodrome in 1974.  More than a few people are therefore asking the question – is now the time to consider offering a new base for the Red Arrows, at the historic home of the Hawk, Dunsfold Aerodrome?

By coincidence (or may it be providence?), a rare example of a Hawker Hunter fighter jet which has for many years been on public display in a shopping street in Woking, is also looking for a new home. ‘XL623’ was the last Hunter T.7 to be built, and it is believed it first flew at Dunsfold.

Having been donated to Brooklands Museum, and with the help of the Hawker Association, restoration of Hunter T7 XL623  is about to begin – very fittingly at Dunsfold Aerodrome! How good would it be if that aircraft could also find a permanent home at the Dunsfold site?

Dunsfold Aerodrome is also the semi-permanent home of the Brooklands-owned VC10 aircraft, which although not fit to fly, regularly starts up its engines for a short taxi round the runways. In addition, it is a base frequently used by a WW2 Dakota painted in D-Day landing colours.

In the past year, the Aerodrome has benefitted from a flurry of Listings of buildings on the near-intact and still operational airfield.   During 2017, Historic England listed as Grade II;

So are we about to see a resurgence of interest in Dunsfold Aerodrome becoming a living museum as the home of a VC10, Hunter XL623, and – possibly? – a base for the Red Arrows flight of Hawk jets?    Well, while the threat of obliteration of the aerodrome under housing development remains, this would seem a remote dream. But, surely, the site owners, who often cite their interest in the flying history of the airfield, would do well to consider how popular such a proposal might be, and how many tourists the new museum could attract? It may, just, be time for the planes to come home to Dunsfold. 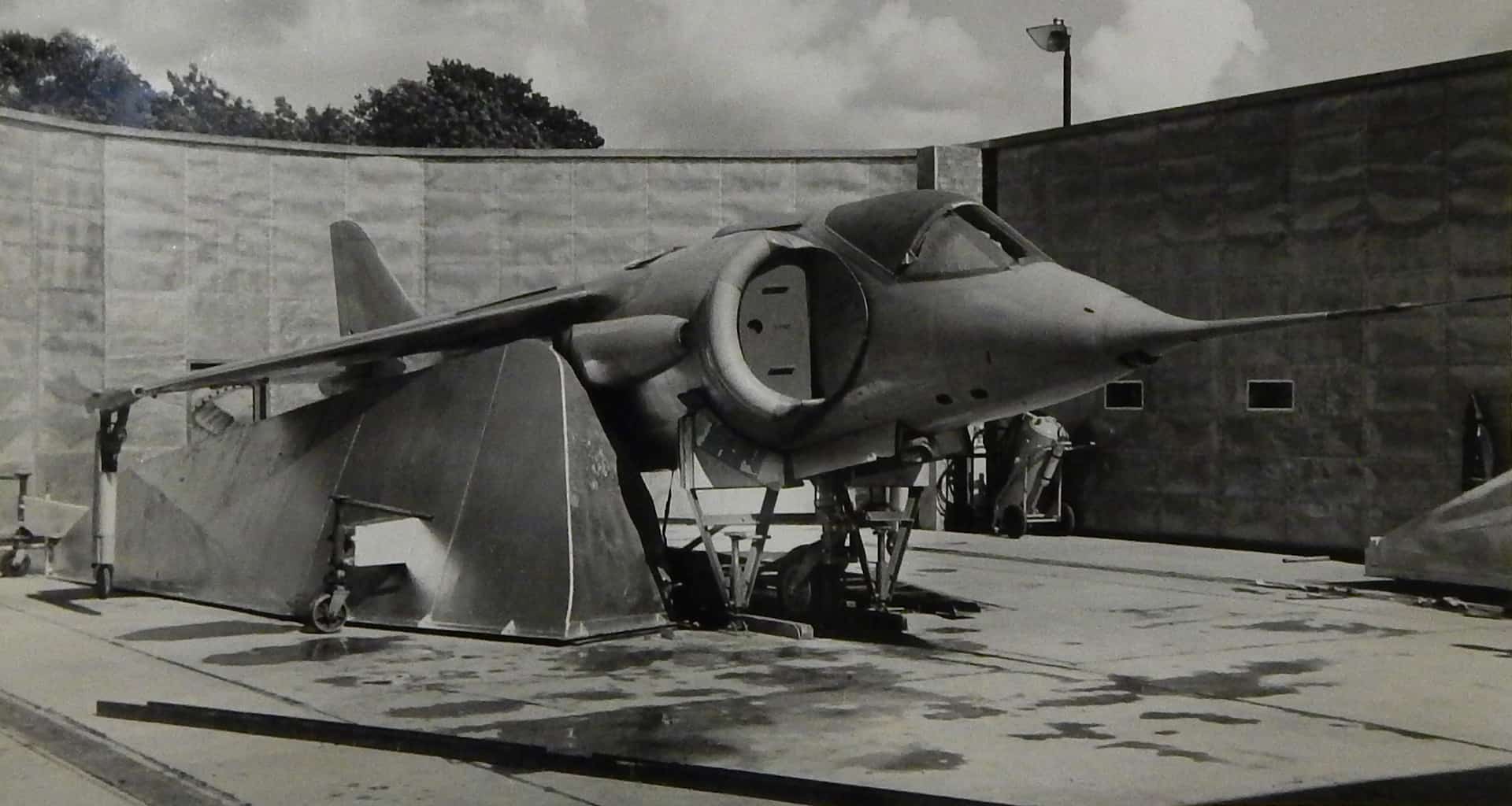 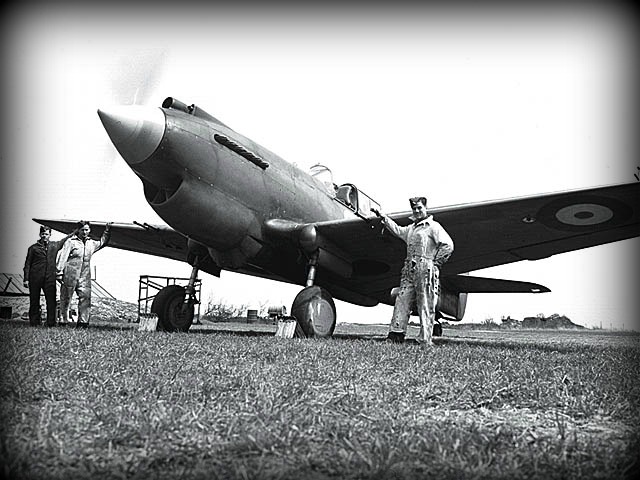 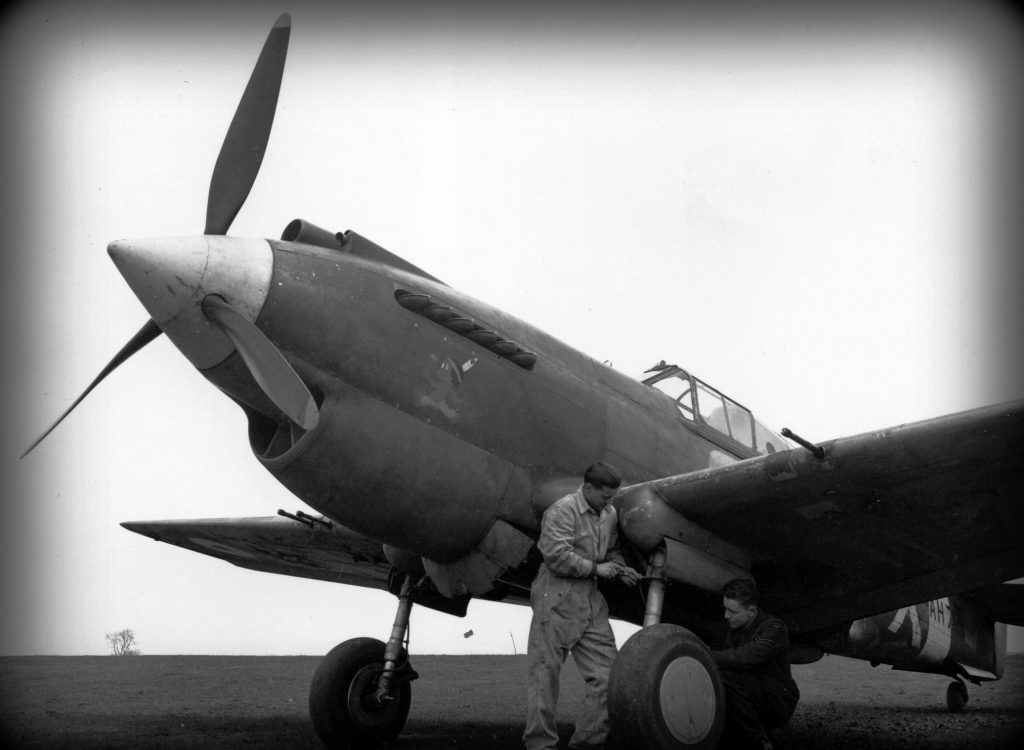 During this period, Dunsfold Aerodrome was HQ for the Medium Bomber No 139 Wing, RAF, comprising 98, 180, 320 (Netherlands) Squadrons, part of the Second Tactical Airforce.

Squadrons 98 and 180 arrived in August 1943, and 320 arrived six months later. All three squadrons flew Mitchell bombers; “They took part in a large number of bombing missions over Europe, attacking a wide variety of targets and establishing a reputation for highly accurate attacks”. (12) They were at the forefront of the Allied offensive against the V-1 sites in northern France, and. 13 (The V-1s – also called “buzz bombs” or “doodlebugs” – were flying bombs, and could be described as early guided or cruise missiles, and were aimed from the continent towards London. (14)

In 1940 no. 320 (Netherlands) Squadron RAF was formed by members of the Royal Netherlands Naval Air Service, who had flown from the Netherlands when it was invaded. On 12 June 1944 Queen Wilhelmina of the Netherlands visited Dunsfold to award medals  (15). In all, 320 Squadron were awarded the Dutch Military Order of William four times and the Dutch Airman’s Cross, 176 times. (16)

Shortly before D-Day, on 18 April 1944, General Eisenhower, then Allied Supreme Commander, visited Dunsfold, presumably to give a pre-D-Day morale talk. (17)   The D-Day orders for Dunsfold were issued on 3 June: “to cause maximum delay to the movement by road and rail, by enemy forces at night”. 18The action started early in the morning of 6 June when all three Squadrons were in action to support the D-Day landing.

News correspondents had been frequent visitors to Dunsfold in the build up to D-Day and Ronald Walker from the News Chronicle flew in one of the Mitchell bombers from Dunsfold, his report appearing in the newspaper the next day. He wrote:

“The crews of three Mitchell bomber squadrons of this station who were sent on bombing missions to France in the early hours of this morning did not know that they were taking part in the invasion of Europe.” (19)

The next night, 60 Mitchell bombers were dispatched against the enemy. (20)

Following D-Day, in September 1944, all three squadrons of Dunsfold bombers were also involved in the unsuccessful Operation Market Garden, best known for the bitter battle for the bridge at Arnhem. 139 Wing lost several aircraft to enemy flak and fighters in these operations. (21)

By the end of the war “at least 1/3 of all crew lost their lives, and 40% of all Mitchells were lost” (22). During the six months 320 Squadron was at Dunsfold, it is reported that 156 members died and 57 were lost. (23) The casualty rate amongst airmen was generally very high: “Half of all aircrew were lost before they had even completed ten missions”. (24) Not all losses were due to enemy action and there were many accidents).
Link to record of crashes.

There are two plaques in Dunsfold commemorating the presence:

For 320 Squadron: a plaque in Dunsfold church along with its colours. (26)

Operation Exodus was the repatriation of British Prisoners of War (POWs) from the continent. Dunsfold Aerodrome was designated an “Air Arrival Centre” where No. 2 Hangar was decorated with flowers to welcome the troops home and a medical inspection tent was set up. Between the 15 April 1945 and 25 June 1945, 47,529 ex POWs passed through Dunsfold Aerodrome. This accounted for 85% of the POWs repatriated by the RAF. On one day alone – 9 May – 160 aircraft delivered 3,953 personnel: just 24 per aircraft, in accordance with Bomber Commands’ Operation instructions. But the daily count was often over 100 flights. As can easily be imagined, there were emotional scenes, with men falling to their knees to kiss the ground.(27)